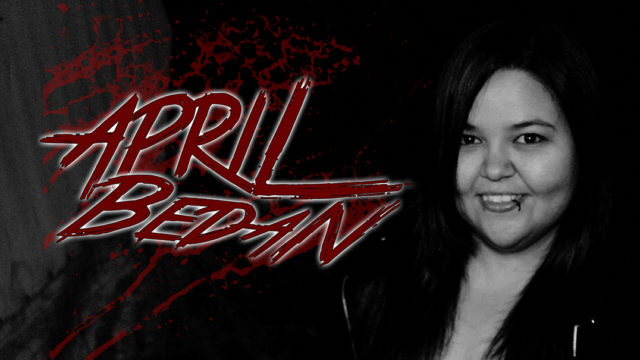 Since 2011, April has been a major asset and gear behind the machine that is KM Inc. She works hard, never missing a beat with deadlines or promotion efforts. Not only does she manage things behind the scenes but her role goes way beyond just keeping the music going. We bounce many different creative ideas off of each other and she’s always down to direct any KARDIAC’s Films, Promos, & Music Videos.

Film projects began with Sleep Deprivation as we put together not only two promo commercials but a full music video entitled, “It’s Hard To Keep a Secret”. From there, we went on to do a couple of short films: “I Wish I Could Forget” which won a few indie awards for best special effects, and “The County Road Cover Up”. “The County Road Cover Up” landed us right at the doorstep of one of the most respected companies in horror, FANGORIA, which exclusively debuted the short film. During our reign at FANGORIA, we released music and videos via the indie music label, Fangoria Musick. For over a year, April ran FANGORIA single-handedly as others gradually abandoned ship during its dire straits. Since the company’s transition of ownership, as well as her separation with the company, there has been a lot of production and time displaced. Finally, we’re back to our solid, duo-built grind, conjuring any music and film projects that plagues our grim minds.